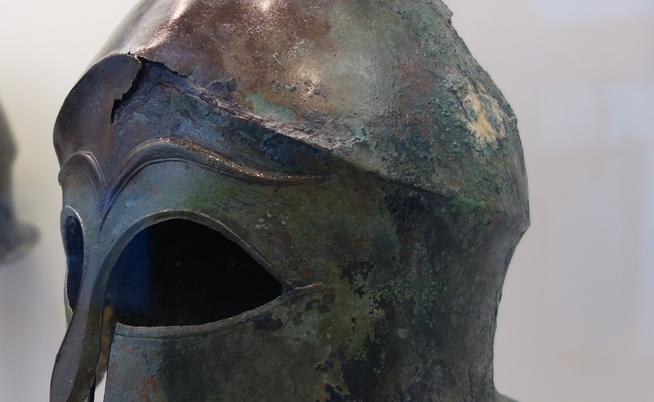 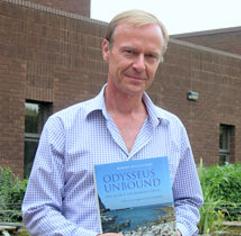 Several years ago, I read a book called Odysseus Unbound by Robert Bittlestone.  He followed Homer's description of the location of Odysseus' island kingdom to the island of Kefalonia. There have been many theories about the real location of Ithaca, but Robert Bittlestone's investigation is the one which resonates the clearest. The modern island of Ithaca does not meet the basic criteria in Homer's description:

"Ithaca itself lies low, furthest to sea
Towards dusk; the rest, apart, face dawn and sun"

Modern Ithaca lies to the east and closest to mainland Greece, not furthest to sea of the island group. Robert Bittlestone followed the clues from Homer's Odyssey to painstakingly uncover all the salient references in a logical, methodical way, recruiting leading scholars and geologists in his investigation.

In May 2016 and 2017 I traveled to Kefalonia to meet with John Crawshaw who is the Project Coordinator of the Odysseus Unbound Project (www.odysseus-unbound.org). He was kind enough to show me around many sites for which the investigation has strong evidence that they are the actual locations described by Homer in the Odyssey.

The Odyssey comes alive when you walk in places where Odysseus walked.

He now walks with Odysseus.