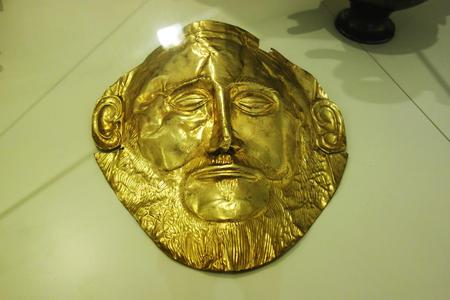 This page contains motorcycling videos of Mycenae, Greece. The videos were shot with a GoPro helmet cam and I rode a Honda TransAlp 650, Suzuki V-Strom 650 and a BMW 650GS during my trips to Greece in 2013, 14,15,16 & 17. MYCENAE is the legendary city of King Agamemnon who led the Greeks against the city of Troy in the war to return Helen, queen of Sparta. Homer's stories The Iliad and The Odyssey were thought to be mere legends before the cities of Mycenae, Tiryns and Troy were rediscovered by archaeologists. King Agamemnon's death mask is on display here. Amazing place and an awesome ride from Nafplio into the Greek countryside to get here.